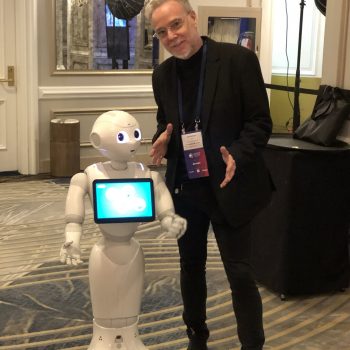 Keith is best known for his work with the CIty of Toronto where he was the first official blogger for the City of Toronto and one of the first to use Social Media tools as an accepted part of government work. As Open Data Lead for the City, his speaking and communication efforts were central in engaging the local tech community with City staff. His “unofficial Open Data National Anthem” — the Open Data Song — went viral and led to many diverse connections and relationships across the world. Connections Keith maintains to this day.

In 2017, Keith was invited to speak at the International Open Data and Urban Innovation Summit in Shanghai, China. His impressions while there — and subsequent research on how fast and how far China is moving with technology — triggered an urgent passion to speak around the benefits and risks of Artificial Intelligence. In 2018, Keith founded literacyAI to house his efforts to curate, unpack, ponder and workshop the many layers around the topic.