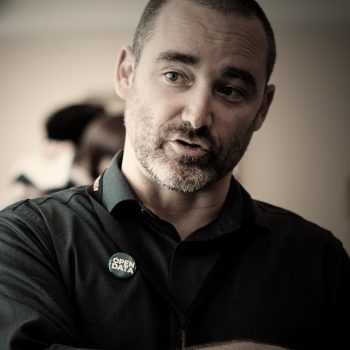 He also worked collaboratively with the Ontario Ministry of Housing to create the Open Data in Reverse method as a way to design, publish, and activate Open Data sets. This initiative helped the ministry win a nationally recognized award for engagement.

Most recently, his Open Data Iron Chef workshop has garnered attention due to its innovative way for introducing Open Government & Open Data to students at both the secondary and university levels.